It’s Not Just Trump, Look at These Other BIG Conservative Names Elon Will Be Inviting Back To Twitter


Well, Elon Musk is now the proud owner of a failing social media platform that turned into a progressive hellscape after the 2016 election. So, what will he do with it? Well, the first order of business is to make Twitter a private company again and begin fixing the mess that left-wingers made. Prior to 2016, Twitter was a popular and very active social media site. But after losing an election, the radical liberal blue checks went stark raving mad with Stage 5 TDS and turned Twitter into a “safe space” for nasty, evil “loving liberals.” Nobody wanted to be here anymore after they squashed freedom of speech, and many of the conservatives who tried to stick it out, got their accounts suspended just for disagreeing with the Regime’s preferred messaging.

It’s been a nightmare for the past 6+ years.

But all that is over now…

the bird is freed

Indeed, the bird is free. 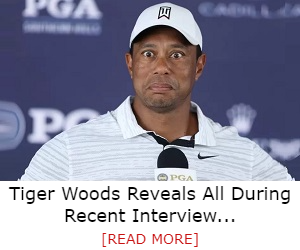 And while Elon has said he’ll reverse the ban on President Trump (who has vowed to stay on Truth Social), there are more big names that will come back to Twitter… some people who you may have forgotten about because they were banned so long ago.

Summit News reported that after his purchase of Twitter was completed, it was revealed that Elon Musk is preparing to reverse lifetime bans, paving the way for the return of Donald Trump, Milo Yiannopoulos, Roger Stone, Alex Jones, Steve Bannon and others to the platform.

Word has it that Project Veritas will be back, as well.

According to sources who spoke to Bloomberg, permanent bans are being eliminated.

“Musk also intends to do away with permanent bans on users because he doesn’t believe in lifelong prohibitions, the person said. That means people previously booted off the platform may be allowed to return, though it was unclear if that included former president Donald Trump, the person said,” reported the news outlet.

This also means that someone can effectively never be banned by Twitter for political speech, and only if they use the platform to organize violence or for other criminal purposes.

Whether Trump will return remains an open question, given that he previously disavowed the platform entirely.

“I am not going on Twitter, I am going to stay on TRUTH,” he said back in April, referring to Truth Social, his own platform.

The real test will be when some of these prominent individuals create new accounts on Twitter or try to re-activate their old ones.

But don’t get too crazy yet – while freedom is the goal, there will still be many old-school Twitter employees left on the payroll who will continue trying to enforce old policies by banning people. It will probably be a long hard road for Elon to get everything where he wants it to be. Also, there will be rules and restrictions to what people can say. Elon has made it clear that it will not be some “free for all,” and that’s fine.

And while we’re all celebrating, which is good, I want to warn everyone that Elon and Twitter could face some very dark days ahead, thanks to backlash from the Regime. Darren Beattie, Trump’s former speechwriter and the owner of revolver.news, shared a chilling spin on this scenario during an appearance on Tucker, that I think everyone should hear.

Darren predicts that eventually, Elon and Twitter will be labeled #1 national security threats.

Can you see that happening? I know I sure can.

I don’t know if Elon knows what he’s got himself into. The left doesn’t surrender its power so easily. The good news is that Elon will have an army of people standing behind him because we appreciate the risks that he’s taking to give us our voices and our opinions back in the public square.