Earlier this week, it was reported that Florida’s red hot governor Ron DeSantis flew two planes’ worth of illegal immigrants to the posh getaway island of Martha’s Vineyard, home to Barack Obama and other self-styled elitists.

Last April, DeSantis made clear that it was “not the responsibility of Floridians to subsidize aliens to reside in our state unlawfully; we did not consent to Biden’s open-borders agenda.” He is now beginning to follow through on a promise to send illegals to progressive states whose voters and policies have led to a massive surge in border crossings.

Anticipating the same reaction to DeSantis’ gem of a political move as has been seen from mayors like Muriel Bowser, Lori Lightfoot, and Eric Adams, one Twitter user shared a perfect video:

A live look at the people of Martha’s Vineyard today pic.twitter.com/A6bCAXtZvm

White liberals are largely responsible for this immigration problem, though they tend to think the problems should be shouldered by everyone else except themselves. Texas governor Greg Abbott and now Florida governor Ron DeSantis are proving otherwise. Simply put, whoever wants an open border should expect to do the heavy lifting in supporting everyone that comes.

Speaking about the arrival of the two planes on Martha’s Vineyard, the communications director for DeSantis stated:

“States like Massachusetts, New York and California will better facilitate the care of these individuals who they have invited into our country by incentivizing illegal immigration through their designation as ‘sanctuary states’ and support for the Biden administration’s open border policies.”

Vice President Kamala Harris sparked outrage across conservative communities this past weekend when she claimed that the U.S. borders were secure and promptly placed all of the blame on inherited problems from the previous administration, alluding to President Trump’s policies. Her comments can only be construed as extreme gaslighting, though given the intellectual credentials she has demonstrated, it is not entirely implausible that she actually thinks this. 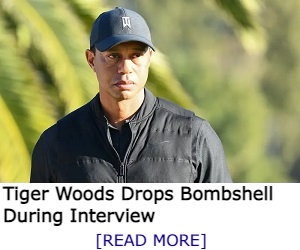 During an interview with NBC’s Chuck Todd, Harris shared this exchange:

“I think that there is no question that we have to do what the president and I asked Congress to do—the first request we made, pass a bill to create a pathway to citizenship,” Harris responded.

“The border is secure,” she continued.

“But we also have a broken immigration system, in particular over the last four years before we came in, and it needs to be fixed,” Harris added.

“We’re going to have 2 million people cross this border for the first time ever,” Todd said. “You’re confident this border is secure?”

“We have a secure border,” Harris repeated, “in that that is a priority for any nation, including ours and our administration. But there are still a lot of problems that we are trying to fix, given the deterioration that happened over the last four years.”

“We also have to put in place a law and a plan for a pathway to citizenship for the millions of people who are here and are prepared to do what is legally required to gain citizenship,” she said.

Republican O’Dea resonates with voters in Senate race, and Dems are worried

Republican O’Dea resonates with voters in Senate race, and Dems are worried

[VIDEO] KJP Looks So Beat Down and Defeated... Watch How Long She Stammers And Can't Speak