I love the people we’ve got on our side. They’re amazing. We always go above and beyond, we have fun, and we’re creative when we go after our political enemies. It’s just an overall great feeling, to be around other MAGA people. On the other hand, the left seems so angry, miserable, and violent. This is ironic because Biden told us it’s Trump supporters who are causing all these violent problems and are a “threat to the soul of the nation and democracy…” All because of a 3-hour dustup at the Capitol, where the only person killed (murdered), was an unarmed Trump supporter. Meanwhile, the left burned the country to the ground for 3 months, looted, and vandalized during the “Summer of Love” where 20 people died, and nobody on the left batted an eyelash. As a matter of fact, Kamala and Joe’s team actually raised money for the bad guys. I guess the lives of rich old political elites matter more than poor and middle-class Americans.

That’s the message we’re getting.

So, the mood in this country right now is not good. People don’t like Joe Biden or the radical Democrats. What was once the party of the working class, has turned into the party of the rich, white liberal elites. All they focus on are climate change, LGBTQ, and gender issues. These are NOT things most Americans are talking about around the kitchen table, especially when inflation is soaring, gas is through the roof, we’re in a recession and the entire economy is imploding.

In addition, liberal-run cities look like something straight of a dystopian Mad Max movie, with some of the most brazen and horrific violence you’ve ever seen… and in broad daylight. The left’s “Defund the Police” nonsense, and BLM turning thugs into heroes, have paved the way for the bad guys to feel emboldened. These bad guys know that rich, white liberals won’t hold them accountable — so they’re running amuck.

Would you go to New York City on vacation or any other liberal-run city right now? You’d probably be safer walking around the streets of Kabul. No joke. I am actually not being sarcastic. That’s how bad things have gotten, thanks to Dems and theor hate for police, love of criminals, and soft on crime DAs.

But what do you expect? This is Joe Biden’s America, a place where criminals rule, you can’t afford groceries, Ukrainians and illegals are treated better than we are, and the so-called “president” has a raging case of dementia. 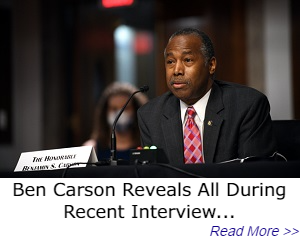 So, because of this, anytime Joe comes out into public, you can bet that he’s met with Trump flags and “F**K JOE BIDEN” banners and other creatove signs. But when he made his way to Orange County, California recently he got an extra big surprise.

Sure, he saw all the Trump flags and whatnot, but what he probably didn’t expect to see was “FLAG MAN” running down the street as fast as lightening, right next to Joe’s car, waving a “Trump 2024” flag.

What a hero this guy is.

You can watch the video below:

Joe Biden arriving in Orange County. – The guy with the flags though. 👀 pic.twitter.com/V4Pf0H9Jim

Seriously, how great was that guy? He was definitely not giving up until he was as close to Joe as humanly possible, and he did it.

There are still so many amazing patriots in California.

You know Joe saw it, too, and knowing what an old, senile crank he is, he was probably swearing like a drunken sailor with dementia.

But the Secret Service probably just told him that was one of his “81 million” voters, and the flag actually said “Biden 2024.”

That would calm cranky Joe down and put a smile on his creepy gray face.

On Thursday, The Jan. 6th Committee Presented A Shocking Video Revealing Ex-President Donald Trump Watched The Violence Unfold During The Insurrection And Did Nothing To Stop It, While Speaker Nancy Pelosi, Senator Chuck Schumer, And Vice-President Mike Pence Tried To Protect The Democratic Peaceful Transition Of Power. They Assumed The Presidential Role That Trump Abandoned On Jan. 6th. The Video Evidence Proves He Knew He Lost. He Knew The Election Wasn’t Rigged, And He Knew There Was A Violent Insurrection Happening And Enjoyed Watching It.

On Thursday, The Jan. 6th Committee Presented A Shocking Video Revealing Ex-President Donald Trump Watched The Violence Unfold During The Insurrection And Did Nothing To Stop It, While Speaker Nancy Pelosi, Senator Chuck Schumer, And Vice-President Mike Pence Tried To Protect The Democratic Peaceful Transition Of Power. They Assumed The Presidential Role That Trump Abandoned On Jan. 6th. The Video Evidence Proves He Knew He Lost. He Knew The Election Wasn’t Rigged, And He Knew There Was A Violent Insurrection Happening And Enjoyed Watching It.