Watch: Donald Trump Was Asked By Oprah About Running For President In 1988 – Here Is What He Said


Everyone loved Donald Trump until he ran for president. He was a media darling, surrounded by wealth and beautiful women. He had charisma and he knew he owned whatever space he entered.

A look back at a recirculating video from 1988 shows just how far American society has been irrevocably damaged by the left. Oprah, no fan of conservatives and herself an oft-mentioned presidential candidate, gave Trump a calm, respectful, and sincere audience when he came on her talkshow. Mr. Fascist Mysogynist White Supremacist going on a black woman’s #1-rated show? Get out of here.

This is a great look back on more civil times:

Oprah begins by asking if he has presidential aspirations, noting that some of the things he was saying sounded “political.”

Trump does the rest.

“Probably not [run for president], but I do get tired of seeing the country ripped off.

I just probably wouldn’t do it…but I do get tired of seeing what’s happening with this country and if it got so bad I would never want to rule it out totally.

Because I really am tired of seeing what’s happening with this country – how we’re really making other people live like kings and we’re not.” 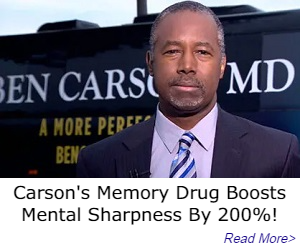 Does any of this sound familiar? This is trademark Trump; he sees that the American people are getting screwed and identifies with those problems. Then he concludes with a gangbusters response to Oprah:

If I did decide to do it…I would say that I’d have a hell of a chance of winning because I think people…are tired of seeing the United States ripped off.”

Can you imagine Donald Trump sitting down to a fair interview in 2022 with someone like Oprah? Joy Behar? For starters, they wouldn’t even allow that – lest they give him positive exposure to their leftist daytime women audience. They’d scream, he’d be booed, and amazingly, his candor and speaking isn’t really all thaty different now than it was almost forty years ago.

And that’s what really stood out as I was watching this. A younger Trump expressed the exact same sentiments and evoked the exact same emotions in 1988 as he did he did in 2016 and beyond. He loves this country and hates seeing it crumble at the hands of corrupt, globalist bureaucrats.

I don’t think he ever wanted to run, but he had to in order to beat back the ever-encroaching leftist horde.

Some seized info could be shielded by attorney-client privilege