Of all the CNN firings, demotions, and reassignments, this one might be one of the most satisfying. Sure, they all check the box for schadenfreude – how could they not? CNN has featured some of the most pompous, self-righteous punks known to fake news. Chris Cuomo, Don Lemon, Jeffrey Toobin, and Brian Stelter rightly got canned as new ownership set out on actual journalistic efforts; not simply left-wing pontificating and smearing.

So it should come as no surprise that Jim Acosta is next on the chopping block. Jon Nicosia, and industry insider who got it right so many other times is now sharing that an insider – specifically an execute with Discovery, CNN’s new ownership group – has named the former Trump-bashing egomaniac as their next target.

Good riddance. In a series of tweets, Nicosia laid out the details of the slow burn. First, he revealed that there was a new “big name” going down, but had agreed not to share the name until a few days had passed. Finally, the hammer dropped:

The person this Discovery exec was talking about is Jim Acosta. CNN (like they did when I reported about Stelter being let go) will be to defend the person. That’s what network PR people do. Keep in mind many of the recent people let go had big support within the network /more

The person this Discovery exec was talking about is Jim Acosta.  CNN (like they did when I reported about Stelter being let go) will be to defend the person. That’s what network PR people do.  Keep in mind many of the recent people let go had big support within the network /more

Acosia expanded on the well-documented vision for CNN. They are continuing to extirpate remnants of the “old” CNN, as Nicosia puts it; the CNN that pushed radical misinformation during the Trump years and into the pandemic (though the latter is only my own projection and not the stated goal of Discovery)

Nicosia laid out the vision:

Discovery Executive: “He does not have a place in the new CNN. He reminds us of the Zucker period we are looking to move far from. The only reason he is still on air was not to look like we were ‘cleaning house’ for political reasons right after the closing”

But did not fit into the ‘middle ground’ vision CNN is being pushed into.  Since Acosta was the main Trump lightning rod between the “old” CNN and the new owners future vision he will either go quick, or with a lot of internal pushback. Stay tuned. 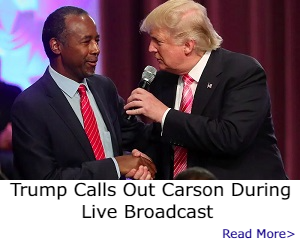 One important thing that this executive wanted to stress is they are nowhere near done, and Acosta won’t be the last of the “old guard” to go, but this “takes time” and “they’re getting an incredible amount of internal push back from people who want to stay a resistance network”

Jim Acosta made himself a household name for doing the quite easy work of attacking Donald Trump. It required no talent, no bravery, and no intelligence. In short, he was the perfect man for the job. Just another toadie yes-man with no stones and a pathetic appetite for fame.

He appealed to a base so deluded and ignorant all he had to do was mention the former president’s name to win plaudits. Acosta’s departure has been long coming, as he lost his standing once Joe Biden was sworn in, and CNN didn’t actually want to hold clueless fools and administrations accountable.

If Acosta really wanted to be a journalist, he could have held Biden to the fire. Instead, he only went on worthless crusades against one of the greatest presidents in American history.

How’s that for a legacy?