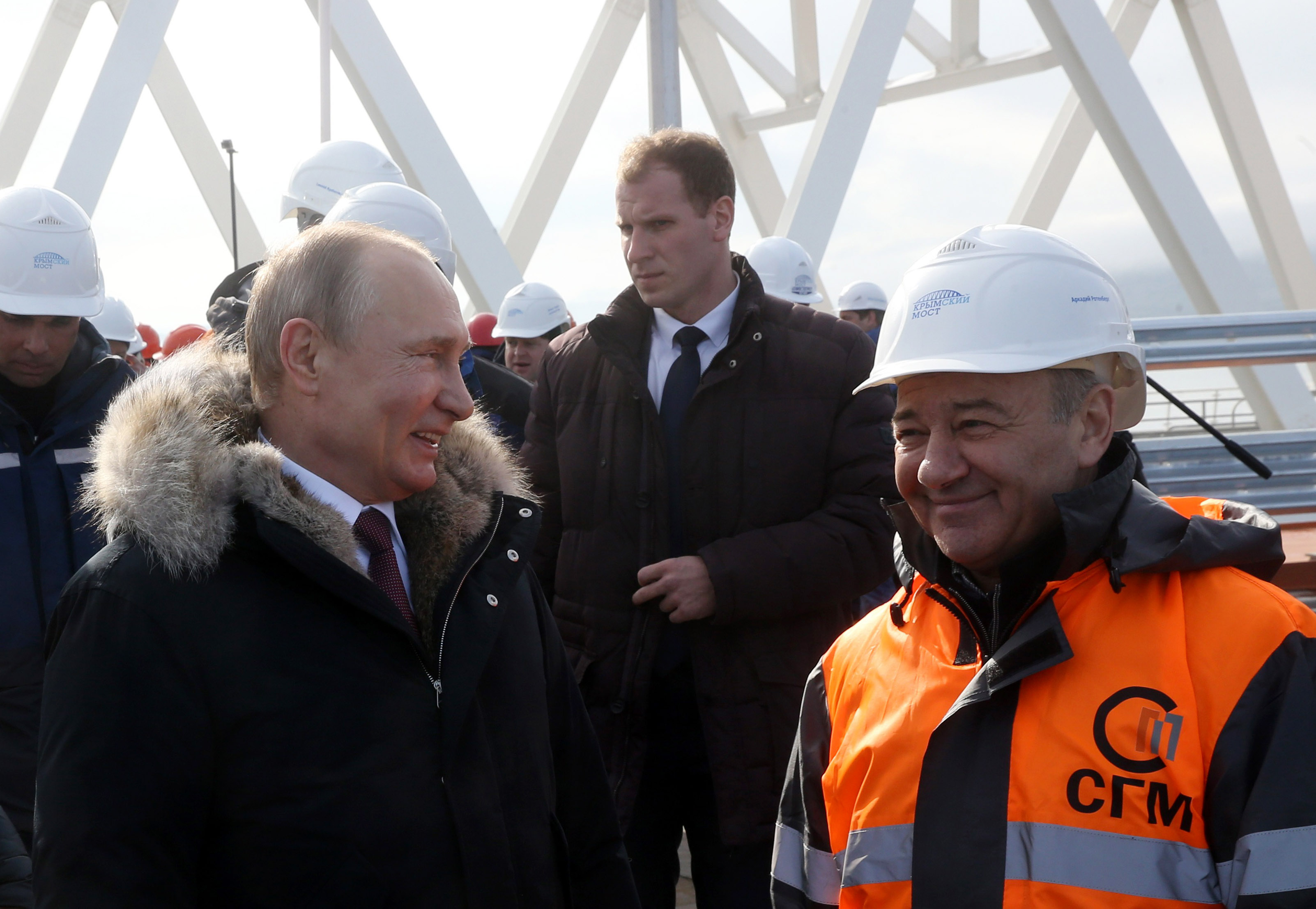 Russia’s invasion of Ukraine at the order of President Vladimir Putin has led to an unprecedented raft of economic sanctions imposed on both the country and its top officials—but a new investigation has uncovered a loophole being exploited by sanctioned oligarchs with close ties to Putin.

Published Wednesday, the joint investigation by Finance Uncovered and the BBC detailed the operations of five “formation agencies” that specialize in creating shell companies for Russian clients and found a way to skirt around British corporate transparency laws. Some of these agencies were previously revealed by congressional investigations in the U.S. into Russian money-laundering activities.

The loophole allowed them to establish masses of anonymous organizations, known as English Limited Partnerships (ELPs)—an obscure kind of company that is not required to identify its real owners to authorities.

Among the companies generated using the loophole was a firm used to evade U.S. sanctions by Russian billionaires (and Putin confidantes) Arkady and Boris Rotenberg, according to a 2020 US Senate investigation.

The brothers, who co-own a construction firm that builds infrastructure including gas pipelines, were targeted by European sanctions earlier this year as Western lawmakers looked to economically penalize Putin’s inner circle over the invasion of Ukraine.

However, the Rotenbergs have been subject to U.S. sanctions since 2014 following the Russian invasion and annexing of Crimea, a peninsula in southern Ukraine.

Representatives for the Rotenbergs did not respond to Fortune’s request for comment.

In 2020, a U.S. Senate investigation traced purchases of high-value art back to anonymous shell companies linked to the Rotenberg brothers.

“It appears the Rotenbergs continued actively participating in the U.S. art market by purchasing over $18 million in art in the months following the imposition of sanctions on Mar. 20, 2014,” the report said.

One of the companies used by the brothers to accomplish these purchases was an ELP called Sinara Company LP, which was set up in 2017 and purported to be involved in “tourism and ticketing services,” according to the BBC.

Over the past six years, thousands of British shell companies have been formed as ELPs, the investigation said, as this kind of firm was untouched by new corporate transparency laws that came into force in the U.K. in 2016.

Shell companies—which have no active business operations or significant assets that are set up to carry out specific transactions or meet certain objectives—are not always used for illegal purposes, but are sometimes used for underhanded activity like money laundering, tax evasion, or circumventing sanctions.

Anonymous shell firms have also been an issue in the U.S., where lenient rules allowed for similar loopholes to those seen in the U.K. that abetted the movement of dirty money. In late 2020, Congress passed a bill banning anonymous shell companies—overriding a veto from then President Donald Trump.

Trump himself has been extensively reported in both news outlets and books to be closely associated with shell companies. For instance, Craig Unger, author of House of Trump, House of Putin, wrote in the Washington Post in 2019 that Trump Tower had sold condos to Russian criminals via shell companies, allowing them to purchase real estate in New York while hiding their identities.

The Trump Organization has repeatedly denied these claims as unfounded.

Elswhere, the Guardian reported in 2019 that Trump’s inaugural fund received tens of thousands of dollars from shell companies that hid the involvement of foreign donors. Trump’s spokespeople declined to comment on this.

To be clear, this issue goes far beyond Trump. The U.S. Treasury Department’s Financial Crimes Enforcement Network warned in 2017 of “money laundering risks in the real estate sector” and the use of shell companies in particular decreasing transparency.

Although the shell companies investigated by the BBC were not required to name their owners, they did need individuals to sign paperwork submitted to the U.K. government. To get around this, formation agencies hired proxies, who provided signatures in exchange for a small fee.

Proxies included a 71-year-old Swiss ceramic artist and a Romanian couple living in London. Often they had no idea about the shell company’s business activities, investigators said.

The investigation also found that most of the shell companies were registered at just 21 addresses in England and Wales, with the registered addresses found to actually be an eclectic assortment of locations including a barbershop, an office above a Mexican restaurant, and a rural farm cottage.

One of the formation agencies, LAS, sent a Russian-language newsletter to clients after the laws came into effect promising that “there is always a way out” and promoting ELPs as “alternative solutions.”

“At the moment, the privileges of this type of partnership are that they do not fall and will not fall under the laws on the disclosure of information about controlling persons,” the newsletter said.

A spokesperson for the U.K. government told Fortune in an email on Monday that the U.K. has “some of the strongest controls in the world to combat money laundering” and the government is “modernizing the law governing U.K. Limited Partnerships through our forthcoming Economic Crime Bill which will tighten registration requirements and improve transparency—ensuring that only those acting within the law can remain on the U.K. register.”

Previously, the government had told Finance Uncovered that it had not seen any evidence of significant misuse of ELPs.

Meanwhile, Margaret Hodge, a British lawmaker who sits on the parliamentary anti-corruption committee, said on Twitter that the findings of the investigation were “a scandal.”

Reassessing the Race for the Senate – Sabato’s Crystal Ball

We Have Video of Anthem-Hater Brittney Griner Finding Out Her Prison Sentence... Russian Judge Was Harsh