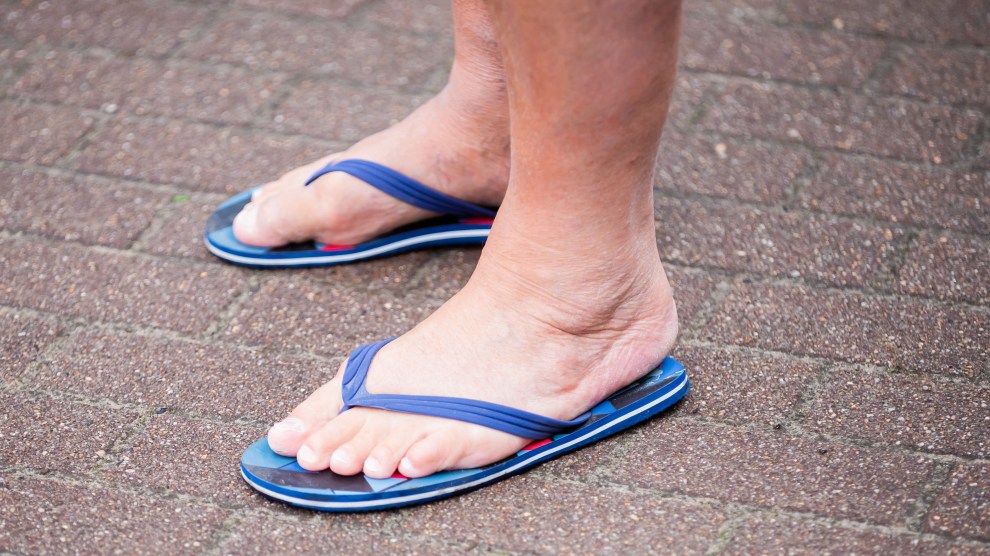 In the months following the overturning of Roe v. Wade, popular support for abortion has energized Democrats—especially women—and cut into Republicans’ polling leads ahead of the midterms.

Predictably, a handful of Republicans running for office are now walking back their anti-abortion stances. Here are a few.

Blake Masters, the Peter Thiel protégé who is running to unseat Democratic Sen. Mark Kelly in Arizona has significantly altered his public pose.

As NBC News has reported, Masters’ campaign website once said, “I am 100% pro-life” and outlined his support for “a federal personhood law (ideally a Constitutional amendment) that recognizes that unborn babies are human beings that may not be killed.” Now, the bullet point that said “PROTECT BABIES, DON’T LET THEM BE KILLED” has been removed from his policy page. (Don’t worry, the Wayback Machine archived it.)

Before updating his website to remove the “pro-life” claim, Masters released an ad seeking to characterize Kelly’s stance on abortion as “extreme.” “Look, I support a ban on very late-term and partial-birth abortion, and most Americans agree with that,” Masters said in the ad.

Setting aside that “partial-birth abortion” is a political and legal term for an extremely rare medical procedure known as dilation and extraction, Masters’ statement that he supports a ban on late abortions isn’t exactly a lie: People who are “100% pro-life” do support those bans—and all other bans, too. But if Masters is implying that he hasn’t been flagrant in his support of much more than just that ban then his campaign ad is nothing more than a clever flip-flop.

In the ad, Masters goes on to state that the only countries that support Kelly’s “no-limits, extreme abortion policies” are China and North Korea. That’s just plain false.

Blake Masters’ flip-flop on abortion is one for the ages and we’ve got the receipts. pic.twitter.com/ZmcYQt3DeX

Masters isn’t the only Republican pandering to voters via campaign ads. Republican Scott Jensen, who is running to unseat Minnesota’s Democratic governor Tim Walz, told Minnesota Public Radio in March that if elected, “I would try to ban abortion.”

Then, after it became clear that that wasn’t a great idea politically, Jensen released an unsettling video of him cradling a baby in which he declares: “Abortion is divisive, and Tim Walz is weaponizing the issue. In Minnesota, it’s a protected, constitutional right, and no governor can change that.”

Other Republicans, like Joe O’Dea, who is running for governor in overwhelmingly pro-choice Colorado, are trying to have their cake and eat it too.

For months, O’Dea refused to specify how he would approach the issue if he were elected. But he’s also the same guy who once voted yes on a proposition that sought to ban abortion after 22 weeks in Colorado with no exceptions for rape and incest.

O’Dea finally announced his more moderate stance last month: Legal abortion through 20 weeks of pregnancy, with exceptions for rape, incest, and the life of the mother.

This is a growing list. If you know of any Republicans who are trying to soften their stance on abortion to garner votes, drop me a line at aweinberg@motherjones.com.

Why Is the Youngkin Administration Defending the PC Renaming of Virginia’s Community Colleges? – The American Spectator

The GOP Can Win the Senate